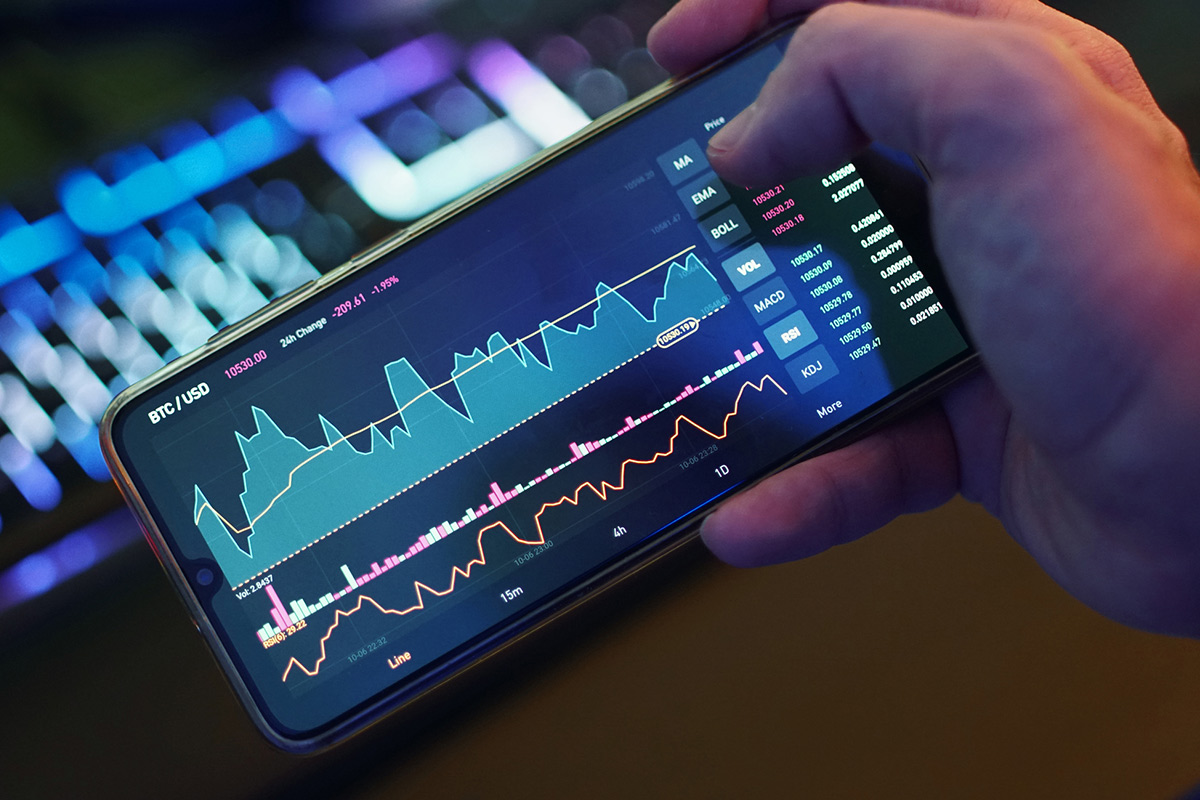 All of us have heard of Bitcoin and many assume that this is the only cryptocurrency worth of an investor’s attention. Yet there are, in fact, there are over 4,000 other options as of January 2021 – an explosion in volume since 2013, when only 66 existed. This huge rise is largely due to the fact that it is relatively easy to make a cryptocurrency. Indeed, Dogecoin – a very popular option in 2021 – started out as a joke, but is now worth more than Tesco, BP or Ford motor company. In this industry report, our investment team here at Bure Valley Group offers a survey of the wider cryptocurrency market, with a particular focus on non-mainstream rising stars.

As mentioned, Bitcoin is still the cryptocurrency gaining the most headline attention in 2021. Yet it is important to define terms before turning to other prominent investment opportunities in this space. A “cryptocurrency”, broadly speaking, is a digitally-based currency using online “coins” or “tokens”. Only a handful have introduced some of the physical attributes we tend to associate with traditional currencies, such as a credit card. The vast majority, however, are paperless and use a complex code for issuance (i.e. “mining”) and controls, such as transaction verification. In light of this, we now turn to cryptocurrencies for investors to watch in 2021 except for Bitcoin – with recognition that our list is not comprehensive.

Bitcoin’s closest rival is Ethereum – a decentralised software platform which requires no control or involvement from a 3rd party. Its ultimate vision is to create a cryptocurrency accessible to anyone in the world, irrespective of their background, location or belief system. Today, Ethereum has a market capitalization bigger than the Bank of America at $347bn, with the cryptocurrency finally breaking into its high-point of $3,000-per-coin in early May 2021. Although still a far-cry from Bitcoin’s $58,221 cost-per-coin at the time of writing, Ethereum is showing great potential to close the gap between the two in the future.

A very curious case indeed, Dogecoin has risen in popularity amidst the COVID-19 pandemic – especially amongst younger investors. It has benefited immensely from celebrity endorsements from the likes of Tesla founder Elon Musk, the rapper Snoop Dogg and the Kiss bassist Gene Simmons. On Wednesday 5th May, it rose by 40% to attain $0.68 against the US dollar – which follows a 14,000% rise since the start of 2021. Today, Dogecoin’s market cap stands at $84bn, which is almost equivalent to Sri Lanka’s economic output.

Started in 2011, Litecoin was one of the first alternatives to Bitcoin launched in the early days of cryptocurrency. Sometimes called the “silver” to Bitcoin’s “gold”, Litecoin uses a “scrypt” as a proof of work across an open-source global payment network. Similar to other cryptocurrencies, Litecoin is free from 3rd-party involvement (e.g. central banks) and has a remarkably fast block generation rate – standing at 2.5 minutes, instead of Bitcoin’s 10 minutes. In 2021, Litecoin has a market cap of $23.64bn (up from $10.1bn just four months ago) and each coin is $395.59.

Described as a real-time gross settlement system, Ripple was launched in 2012 by its founder Chris Larsen. Its coin is attached to the XRP blockchain which holds 3% of the cryptocurrency global market cap, and which has seen a 40% jump since the start of May 2021 – making it the world’s 4th largest cryptocurrency at $75bn. Rather than using computer algorithms to resolve transactions (like Bitcoin), Ripple relies on human operators to issue tokens – leading some investors to tout it as a viable alternative to the wire transfer payments system. Since November 2020 Ripple has risen by 107% with each token standing at around US$0.60 each.

One of the issues identified in some cryptocurrencies is the scalability of their blockchain platforms. Cosmos attempts to address this by creating an “internet of blockchains” whereby many different blockchains can connect and interact (similar to the underlying idea behind the “Internet of Things”). Currently standing at $135.10bn in global market cap, Cosmos still trades relatively cheaply at around $5 per piece. Should it achieve its goal to link various blockchains, the currency could attract a lot of investor interest – potentially boosting the price higher.

A note on file storage

Underlying all cryptocurrencies is the issue of data storage. Who stores the information that powers these different blockchains? How is it stored, where and is it secure? Today, demand for file storage stands at $46bn annually – expected to rise to $220bn by 2027. One technology is seeking to meet this demand by linking customers and data storage providers across the world – Filecoin. This decentralised storage and distribution network is taking on the likes of Amazon Web Services (AWS), Microsoft Azure and Alphabet (Google) – which together hold about 70% of the world’s cloud storage. Filecoin, presently, is largely doing this largely on pricing grounds. Whilst prices are not iron-clad (since they are agreed between vendors and buyers), deals have been as low as 3% of AWS. Its initial ICO raised $205.8m – three-quarters from public investors – and the system has been established to attract long-term stakeholders. Here at Bure Valley Group, we can assist investors who would like to explore the huge range of opportunities in this sphere via our exclusive network of projects.

Insights into the UK’s startup ecosystems

Insights into the UK’s startup ecosystems